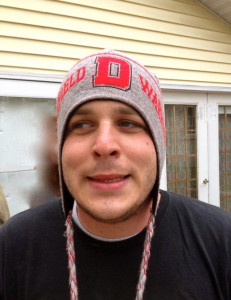 To be a leader, a field general, a calming presence in the huddle is essential to any National Football League QB’s success.  I grew up worshipping the likes of Tom Brady, Peyton Manning, and Drew Brees.  These are gentlemen who preach more than just football and gamesmanship on the field.  They have multiple charities, are loving fathers and husbands, and most importantly set the bar, albeit it’s very high, for excellence and as mentors for individuals of all ages.

Now fast forward to the present day and we have a polarizing figure that goes by Johnny “Football”.  Johnny Manziel, a recent 1st round draft pick, is setting a new standard of bad for all professional athletes.  Not only is he supposed to come in and be a leader to a franchise in utter disarray, but also he’s supposed to be a mentor to future generations and all the kids who watch football every Sunday morning.  Instead of taking on a leadership role, all we’ve seen this moron accomplish, (and I’m being nice here,) is pretending to talk to a giant stack of money, get caught in a public bathroom doing what most people would believe to be illegal narcotics, and consistently get caught partying with his ‘homies’ from Las Vegas to the Caribbean.  Wouldn’t you think someone who has earned absolutely nothing and hasn’t even taken one snap in a Cleveland Browns uniform would be a bit more humble?  Not Johnny Football.  He already has sold the most jerseys in the whole league since being drafted and his popularity is on the rise.

The fact of the matter is, in this day and age, these are the types of players and individuals who captivate us and more importantly entertain us.  Since his playing days at Texas A&M we knew he was going to be a peculiar case, an odd bird.  But never did I imagine he’d continue on with his shenanigans post college.  We get it Johnny; you’re a frat star at heart, an NFL QB going on what seems like his 21st birthday.  The bottom line still remains the same, however. JFF must clean up his act if he wants to have a long, successful NFL career.

Most believe he has enough talent to be a high-caliber player and will have sustained success in the league.  Others think his party-boy antics will catch up to him and he’ll fizzle out before the age of 25.  I am still unsure of which way I am leaning personally, but I still wouldn’t mind seeing what he has to offer come early September.  I think it’s time for Johnny to stop “turning down for nothing” and playing like he has SOMETHING to prove.  This isn’t a Lil’ Jon video set, Johnny.  This is your life and if you don’t start taking it seriously, you’re going to realize the serious consequences that come with stardom.

Forget all the accolades and the people heaping praise on Johnny.  I’m ready to turn the page on the partying, irresponsible behavior and negative publicity.  But the real question remains: is Johnny Football ready to grow up and be a man?  Luckily for us fans, we get to sit back and enjoy the ride.